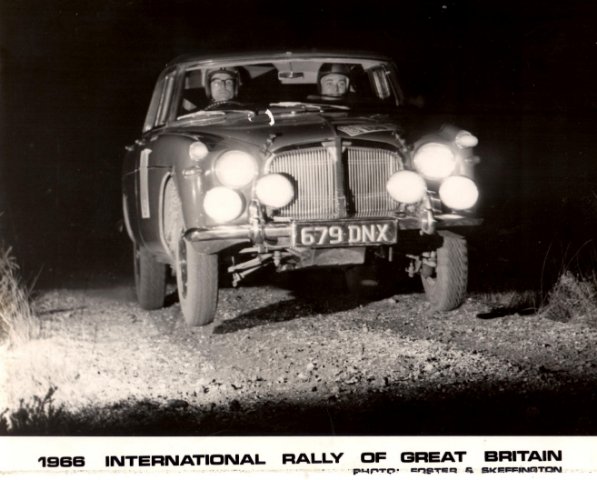 There is a very fine looking P5B for sale in Holland at the moment. It was built for the 1993 London to Sydney Marathon.
There were two entered, one (Car84) by Richard Martin-Hurst whose co driver was Bill Meade (former Ford Boreham Engineering Manager) They eventually finished 53rd having been frequently among the top 20 runners and at 16th on the last day but one when they had a spectacular off. I don't know what became of that car (M(?)YH401L.
The other (car No 83) had a Dutch crew (Wim Konigsveld & Go Wammes) and were a bit less spectacular, finishing solidly in 30th place...I think it will be this car that is for sale. It has done a LOT of rallying since then, but looks pretty good....
We were in a Twin Cam Cortina & one of my abiding memories was to see a huge white P5B looming up in our mirrors - RM-H's car - it was fearsomely fast with a polished Aluminium 'roo bar on the front to sweep the road clear!
Always had a soft spot for the big Rovers since doing the 1966 RAC in an Army ex works 3 Litre 679DNX. Wonderful in the forests until you came to a hairpin...not enough power to kick the tail round & if you were too fast you understeered off! But we finished I think first in class (as the only class finisher) despite doing the last 300 miles (including the Silverstone blast) with highest gear remaining being Overdrive second!
Happy Days. Now looking for a P2 Tourer!
Top

great photo David, It was built for the 1993 London to Sydney Marathon hehe now wouldnt that be worth watching ? there is a half arsed video with no sound https://www.youtube.com/watch?v=NHGqE-4uX14 would love to see that on a big TV

what is the nearest we have to that nowadays?